Why should I use Windows, OSX or Linux ? What do they offer , why choose one over another. These are the questions that you will always be faced with and there is no one real answer. Also in this LPI Linux Essentials Objectives, we look at different Linux distributions and supported versions over unsupported distributions. Hopefully, this eill go some way in to helping with choosing on Operating System

Like most things in life, it is often down to personal preference, what you are used to, what you have used before. We are often governed by the hardware vendor and they do not like to take risks.  What ever you may think about Microsoft, they have been the dominant force since the 1980s and it could be argued that they gave birth to Personal Computer OS. Before DOS, computing was very much only a corporate power and certainly not for desktops.

With Linux, you have many choices and again this is a controversial area. Some Linux distributions include non-open source software. To some, this is not within the ideals of Linux and you should avoid such distributions. Other distributions provide support at a cost. These are often the Enterprise version such as Red Hat Enterprise Linux or SUSE Linux Enterprise Server.

MACs or Apple PCs have traditionally had their market in design and desktop publishing but during the early 2000, OSX broke that mold. 2001 saw the release of MAC OSX 10.0 “Cheetah” . Based on BSD Unix with some elements from NeXT that Steve Jobs had developed from an earlier position. This became NeXTSTEP in OSX and the GUI took off and over 10 years later the OS is still very successful.

Apple has control over the hardware and the OS, they sell the Desktop or Laptop with the OS so they are able to manage the complete supply chain. This helps for the integration and reliability. So even now where the OSX OS saw then transition to the Intel platform their you but the complete Desktop package from Apple.

As OSX has UNIX at its core much of the command line functionality that we have in Linux is there also in OSX, the tools that we use with find, cut, sed, awk are all there with OSX.

Windows certainly still rules the corporate world and if we use an OS at work we are more likely to use it at home. In the same way, if we use a certain OS at school and college then we are likely to continue with the Operating System that we are already familiar with. SO even though we normally have to pay for Windows, we still use it because this is what we learned at school. If we were to use and learn Linux at school, the uptake of Linux in the home will be more. We need to understand the culture of free and open at an early age. To be able to build a true open digital economy of the future we need to loosen the grip that proprietary software has on the world. Choosing an operating system needs to start at school and the choice has to be there.

Whilst Windows is seemingly ill-suited to education, it still has a lot to offer in other areas. As a corporate desktop, the well-established desktop management tools and skill needed to manage 100’s of units is going to be hard to overcome. However, that will start with experience at home and in the classroom.  Microsoft Windows and commercial software will always have a place and they have left their mark in history as revolutionising the PC industry.

Where then, does Linux fit in? Although Microsoft has undoubtedly revolutionised the PC industry, one must also recognise that the PC desktop is on its way out. Last year (2012) IDC recorded a global drop in PC sales by 14%. This marks the first ever recorded drop in sales. This can be put down to the rise of smart phones and tablets, and a shift to a more mobile form of computing. The mobile platform is where Linux performs equally as well as other OS’s, if not better as Android. As Android grows in popularity and desktop improvements with Desktop Linux OSs such as Unity in Ubuntu and KDE4 in openSUSE, we can see that Linux continues to develop in the home and the corporate market. 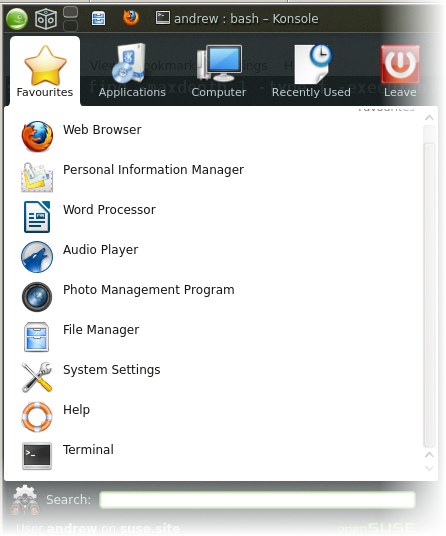 For the server market even Microsoft sells SUSE Linux to their customers where they feel it an appropriate solution. Microsoft is, in fact, the largest single customer to SUSE. It is unlikely that you will ever work in a Corporate environment that does not have Linux as an OS somewhere, even if it the embedded OS in a switch or router. The power of the command line and the way in which the OS can be stripped to the bare essentials needed to dot the job and be frugal on resources has made the Linux Server a popular OS in businesses of all sizes and has led to a rise in system admin and support roles in for Linux.

The LPI quite rightly focuses on command line skills in this course as that is where the position lies at the moment, with less support positional available for desktops. The speed of the command line and the fact that tasks can be scripted make it on obvious choice over the GUI. We will see in the video the difference in creating users from the command line compared to the GUI, the time factor is enormous even for a single user. This is alsrecogniseded in the Microsoft world with the advent of PowerShell and GUI-less Server Core version of Server 2012.