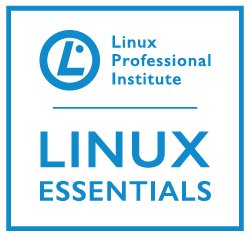 Libre Office Raspberry Pi: One of the most important collections of open source software is the LibreOffice or OpenOffice Suites. LibreOffice is the new kid on the block which forked from OpenOffice a few years ago. OpenOffice is currently looked after by the Apache Foundation. One major benefit that these applications offer is that they have version for Linux, Windows and Mac so many of the major desktop operating systems are handled. If you are considering a move to Linux then you can start by migrating to applications that can also work in Linux.

Even though the the Raspberry Pi is a lean 512MB it can still run LibreOffice. The Raspberry Pi 3 is better with 1GB of RAM and faster processor but we use an original model B Pi. Starting the video we show and Impress Presentation. Slide shows created in Libre Office. Not only created on the Pi but running on the Pi. This could easily be another Office Suite running on other operating systems, it is impossible to tell from what you see. This is the way it should be giving you real choice of what to use. All to often the choice is made to run a proprietary OS with propriety applications and we show here that it is possible to achieve very similar results on a £20 computer running free software on a free OS.